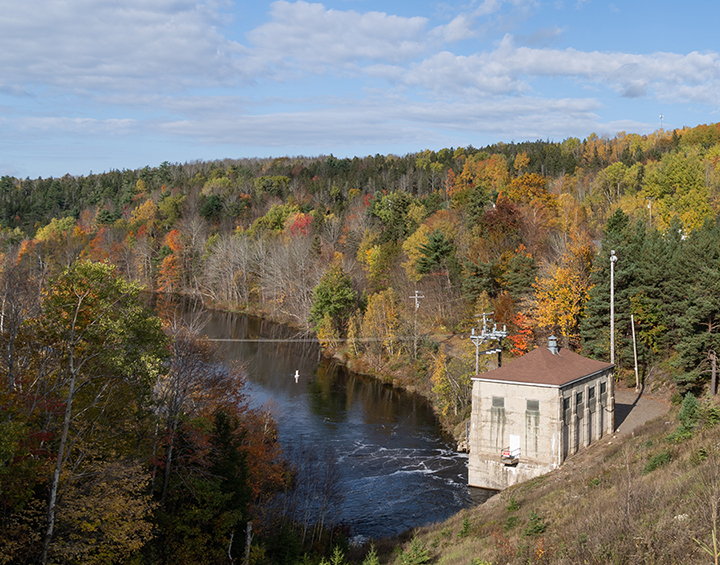 Nova Scotia Power’s large investments in wind, hydro and transmission projects have resulted in significant clean energy progress. Currently, Nova Scotia Power has approximately 600 MW of wind online, and hydroelectricity from Muskrat Falls began flowing across the Link to Nova Scotia in 2021. Access to this significant source of clean energy will be an important contributor to achieving our Climate Commitment goals and will support Nova Scotia Power in meeting its target of 80 per cent renewable energy by 2030.

At Nova Scotia Power we are committed to protecting the air quality of the communities in which we operate. Our thermal generating facilities incorporate air emissions abatement equipment to reduce emissions, and ambient air monitoring stations strategically placed around our facilities enable real time tracking and response management. Emissions are reduced by maximizing renewable energy production, implementing combustion controls on thermal generating units, applying sorbent additives to fuel and to flue gas streams, and by way of emissions abatement technology such as electrostatic precipitators.

To ensure the quality of the air we breath, NSPI accurately tracks and discloses the air emissions associated with our operations on an annual basis. All our generating facilities must meet or exceed government air quality standards. 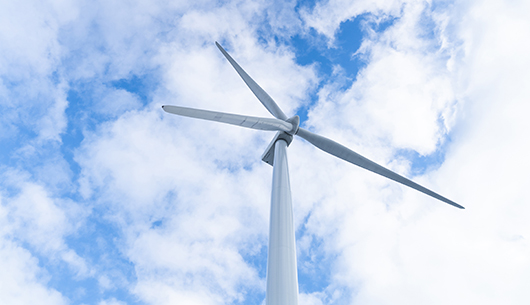 We carefully track and disclose emissions from our operations and use ambient air monitoring stations to keep track of how those emissions affect the quality of the air we breathe.

Like many large organizations, we have a number of waste streams to manage. We practice the three R's - reduce, reuse and recycle.

With employees in offices and generating stations across the province, we need to manage general waste made up of garbage, recyclables and organics. Regular waste is sorted on-site according to the requirements of the local landfill and removed from our facilities by either certified contractors or municipal waste collection operations.

Generating electricity means we must manage the industrial waste by-products associated with our operations. Industrial waste products generated from our processes include fuel ash, oily rags and blasting grit to name a few. Ash is the primary industrial waste product produced by our thermal facilities and is a by-product of burning coal and oil. The ash we generate is a combination of fly ash (lighter ash collected using specialized equipment as it ‘flies’ up the generating station stacks) and bottom ash (coarser ash that settles and is collected at the bottom of boilers). We take care to handle and dispose of each type of waste produced by our operations properly, including, where possible, recycling the ash we generate to be used as a beneficial reuse product -- fly ash, for example, can be used as a substitute for cement in concrete products.

Polychlorinated biphenyls (PCBs) are a group of organic compounds that were used as fluids to cool and insulate electrical transformers and capacitors. The manufacture of PCBs was stopped in 1977, however, due to widespread use in electrical equipment, some equipment containing PCBs remains in service. We’ve implemented various programs to remove PCBs from service.

Biodiversity: Stewardship of our Natural Resources 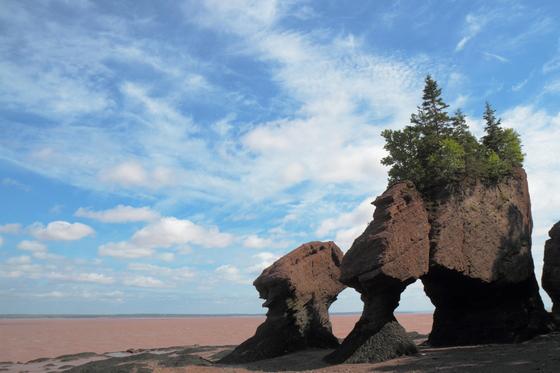 Our operations touch many parts of the land and watersheds of Nova Scotia. We look for opportunities to conserve, protect and recover ecosystems and habitats, and protect the plants and animals that live there.

Since 1979, Nova Scotia Power has aided in the recovery of the iconic osprey, a fish-eating raptor that likes to nest in tall trees and on electricity poles that was once on the endangered species list. Through the Osprey Management Program, Nova Scotia Power employees relocate threatened nests from live utility poles to safer locations. Each year, we also run the Osprey Cam so the public can get an up close and personal look at the nesting birds (without disturbing them).

Nova Scotia Power takes care to protect other birds and their habitats when our work takes us into their environment. In 2018, a pilot project at the Guysborough landfill site was initiated to test cover up material on electricity lines, as well as provide perches, triangles and pin covers on the poles surrounding the site which commonly attracts gulls, crows, hawks and eagles to the potential food sources of the landfill. By providing alternative places to perch, the birds are protected from potential electrocution. Similarly, work done at NSPI sites can impact nesting birds, and their habitat. NSPI incorporates nesting bird management practices to minimize our potential impacts on bird populations during nesting season.

Nova Scotia Power continues to work with the Department of Lands and Forestry on bird conservation and protection.

Nova Scotia Power works to maintain sensitive aquatic habitats, and the species that are found there. All our reservoirs contain riparian wetlands that are home to many aquatic species, both above and below the water. They are highly productive and provide feeding and nursery areas for mammals, birds, reptiles, amphibians and fish.

Our employees are involved with the protection and recovery of endangered species and species of concern through ongoing participation in recovery teams, monitoring and studies.

In Nova Scotia, Blanding’s turtles and eastern ribbon snakes prefer wetland habitat and are found in and around Kejimkujik National Park. They are protected under the Species at Risk Act (SARA) and the Nova Scotia Endangered Species Act. We actively support the Blanding’s turtle and eastern ribbon snake recovery efforts through participation in recovery team meetings and stewardship monitoring programs. In collaboration with the Mersey-Tobeatic Research Institute we have monitored the presence of these species in the Tusket and Medway watersheds for about ten years.

We are also active in the recovery teams for several fish species that are led by Fisheries and Oceans Canada, including for Inner Bay of Fundy Atlantic (IBoF) salmon and Atlantic whitefish. We have been involved in the Live Gene Bank for IBoF salmon since its inception almost 20 years ago. At our White Rock Dam on the Gaspereau River, Kings County, we provide a fish ladder and downstream bypasses that incorporate fish capture facilities for adult and juvenile salmon. These are transported to the Coldbrook Biodiversity Facility to be bred according to the strict mating plans of Department of Fisheries and Oceans (DFO) geneticists.

Nova Scotia’s rivers are home to several diadromous fish species (those that need both fresh- and marine waters to complete their life cycle), such as Atlantic salmon, smelt, gaspereau and American eel. Fish passage around our hydroelectric facilities is important for these fish to complete their life cycles. We are working with Fisheries and Oceans to identify priority areas where passage is required. In 2015 we opened a new fish ladder at Sandy Reservoir on the Indian River near St. Margaret’s Bay, allowing gaspereau to go up the river for the first time in 135 years. We are working with Fisheries and Oceans to provide passage for American eel as they make their way down the Mersey River as adults to spawn in the Sargasso Sea.

We take public safety and the protection of our environment very seriously. Each facility has a comprehensive emergency response plan that is reviewed every year. This ensures we are prepared to respond to situations safely and quickly.

By email or phone