As Nova Scotians, we know that when you live on the edge of the North Atlantic, the weather can be a little unpredictable. We’ve experienced hurricanes, and we’re not surprised when snow continues to fly in April.

But despite that, you might have wondered if our wild weather has gotten even more severe over the last few years. And the short answer is 'yes'. Take the eight consecutive winter storms in early 2022. Or Hurricane Fiona, which was the most significant tropical storm to ever hit Nova Scotia and prompted the largest restoration response in our company’s history.

With higher winds and more frequent storms during all seasons, we continue to see an increase in weather severity, especially in recent years.

Hurricane Fiona impacted our communities with extreme wind and heavy rain. We saw significant damages from the storm including thousands of uprooted trees, hundreds of broken poles and downed power lines across the province.

These impactful weather events have prompted some important questions from you. 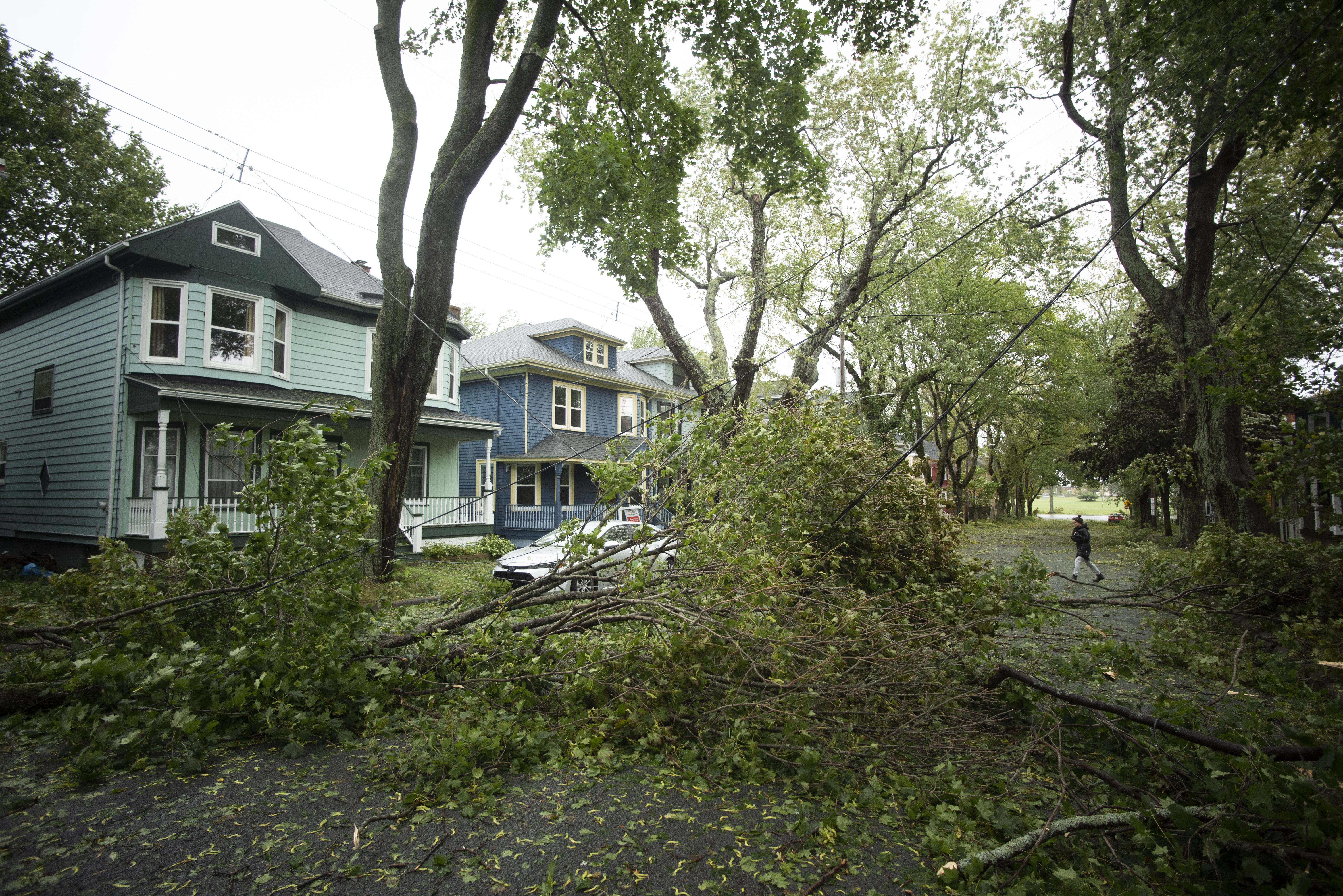 How is Nova Scotia’s weather different compared to other provinces?

While there are similarities between the climates across the Atlantic provinces, because the geography is different, it isn’t always straightforward to compare weather.

“Even though adverse weather has always been the norm in Nova Scotia, we are observing a general trend of increasing frequency of damaging wind gusts within our province,” says Julius Mantolino, Reliability Engineer.

“Alone, or when combined with snow and ice, high winds can cause trees to fall into our powerlines and damage our infrastructure, which can lead to power outages to customers in impacted areas,” he says. It’s why we’re working to strengthen our system.

Julius explains that the weather in Atlantic Canada is not the same across provinces. “The geography of Nova Scotia and its unique position, jutting out in the North Atlantic, strongly influences our weather compared to more inland provinces like New Brunswick,” he says.

“When it comes to severe weather events, our province could see big differences in impact compared to the rest of the region.”

One major example of this is around Nor’easters. “These systems tend to pass our province first, and we often see stronger winds than elsewhere in the Maritimes,” says Julius.

“Our province is also located in a region where precipitation can change based on the path of the storm. During the most recent storms of winter 2022, our province was hit with multiple freezing rain and wet snow events, where other Atlantic provinces mostly saw dry snow.  Freezing rain and wet snow build up on trees and weigh them down into our powerlines, which ultimately leads to power outages.” 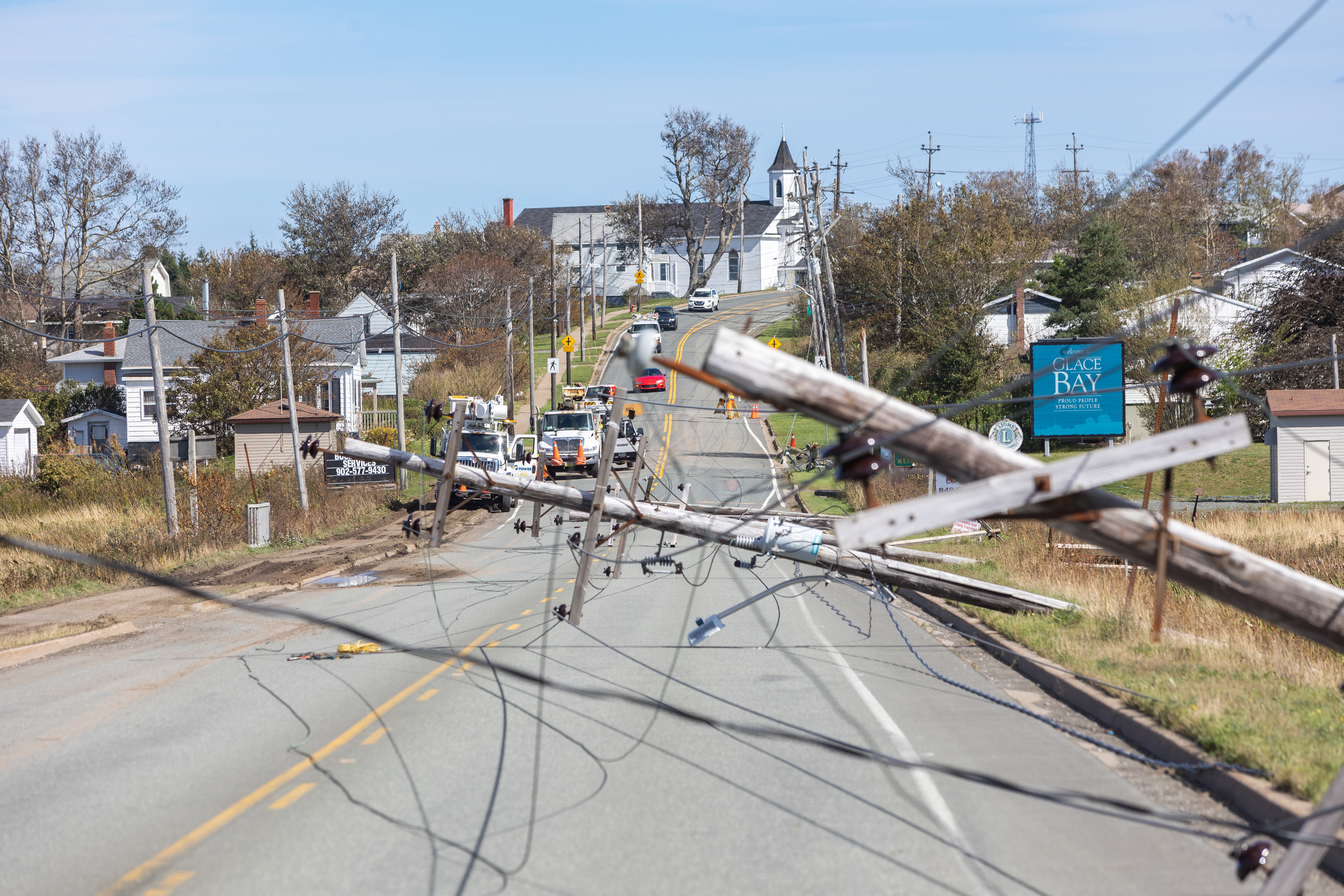 What the experts say

According to Environment Canada, Nova Scotia receives the most storms of any region in Canada due to its proximity to the Gulf Stream. And even though Newfoundland and Labrador experience similar storms, our coast in Nova Scotia is often subjected to extremely high winds associated with hurricanes and other tropical storm systems.

“In the case of hurricanes, Nova Scotia’s eastern and southern regions are vulnerable to storms that strike without losing strength after making landfall, which isn’t likely to happen elsewhere like New Brunswick or PEI,” say Julius.

Historically, tropical storms and hurricanes weaken as they approach our province; however, the waters along our Atlantic coast have been increasingly warmer in recent years. This allows tropical storms to retain more of their strength as they make landfall.

“Storms no longer lose as much strength when they arrive in Nova Scotia, compared to the de-escalating effects of the colder waters around Newfoundland,” says Julius.

“For snowfall events, the Atlantic Ocean can lead to temperatures hovering close to 0°C, contributing to more chance of heavy, wet snow compared to dry snowfall at colder temperatures. This wet snow is more likely to accumulate on trees and equipment, creating a more severe impact by weighing down tree branches into our power lines.

Although the frequency and intensity of severe weather in future years is difficult to predict with accuracy, the impacts of a changing climate are expected to contribute to more frequent and more powerful weather events in the future. 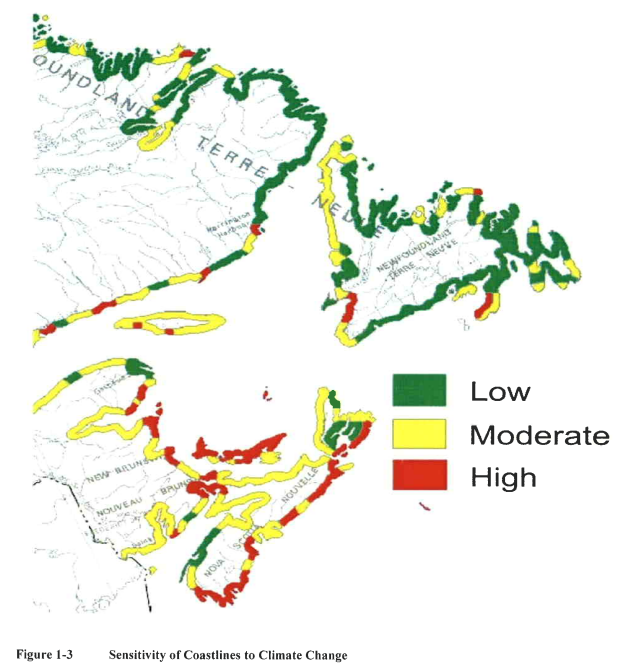 The adverse effects of climate change

We’ve already begun to see the effects of climate change in our region. As it continues, it has the potential to bring warmer average temperatures, higher sea levels, more extreme rainfalls and storm flooding, and more frequent and extreme storms to our province. These changes have many significant impacts to our system and all Nova Scotians.

Near the coastlines, where most Nova Scotians live, there are many beautiful trees that thrived for years with less extreme and less frequent weather events—than what we’re now experiencing and expect to experience in the future. With the changing climate and more severe storms, these trees are causing more damage to the power system than they ever did before.

In this figure from a Climate Change Nova Scotia report, we can see the sensitivity of Atlantic Canadian coastlines to an accelerated rise in seas levels. It shows that Nova Scotia has much higher sensitivity compared to Newfoundland and Labrador.

It’s also important to note that these intense storm systems are not just tropical storms and powerful rainstorms, but also intense snowstorms, like nor’easters, which we have experienced many of last winter.

How is the power grid standing up to such extreme weather?

These severe weather events bring extreme challenges to the grid. It’s why we’re making changes, modernizing our grid and working with municipalities and landowners to trim trees throughout the province.

Severe weather puts considerable stress on both electrical equipment—such as poles, transformers and other overhead equipment—as well as on trees near lines, which are the biggest culprit. And these challenges ultimately contribute to power outages.

“Tree contacts are the largest contributor to outage impacts during storm events,” says Julius. “To lessen their impacts, we perform equipment upgrades and vegetation management throughout the year. These efforts, combined with pre-storm preparation and planning, help us mitigate impacts from stronger storms in the future, improving system performance for our customers compared to past storms.”

How are we strengthening the grid for the future?

As our climate continues to change, we continue to strengthen our power system to stand up to severe weather. “Delivering reliable electricity is our commitment to our customers. It’s why we continue to plan for the future, and that includes strengthening our system and using innovative technology to prevent outages” explains Julius.

This includes improved protection equipment—like line covers, which protect power lines from fallen trees—targeted equipment replacements and upgrades, and new intelligent devices that enable us to better detect when our equipment is at risk of breaking down. These tools and programs help us to reduce both the frequency and duration of unplanned outages for our customers.

“These proactive interventions address challenges to trees and equipment on our power system that could be impacted by weather events,” Julius says. “And as the frequency and severity of weather systems continue to increase, these interventions are expected to become even more effective.”

For more information on how we are strengthening and modernizing our grid, visit our Reliability page.

Have other questions you’d like us to answer? Reach out to us on our social media channels or by email. 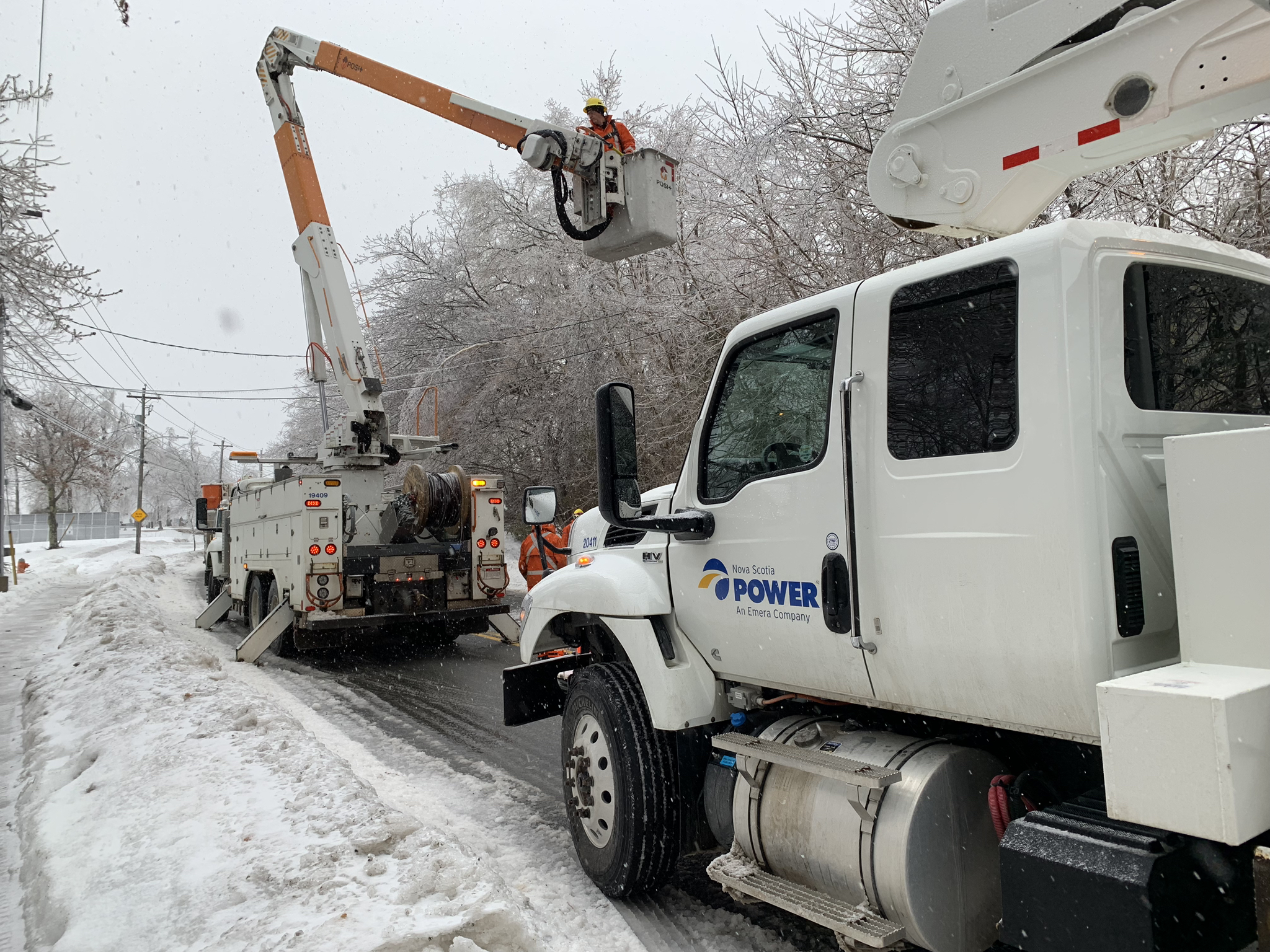 We chatted with Bob Robichaud, Warning Preparedness Meteorologist with Environment and Climate Change Canada, and Jason Mew, Incident Management Director at the Nova Scotia EMO, about what to expect this season and how to stay prepared.