"Nova Scotians want a cleaner energy future for themselves and our children," said Karen Hutt, President & CEO for Nova Scotia Power. "But we know as we manage this change, we can’t overlook affordability. So, as we continue to achieve new records in renewable electricity, we remain focused on ensuring electricity prices stay predictable and affordable for our customers."

Over the past five years, annual rate increases have averaged below the rate of inflation for residential customers and most business customers. At the same time, Nova Scotia Power has been a Canadian leader in reducing carbon emissions – achieving a 36% reduction from 2005 levels. By comparison, the COP21 Climate Conference in Paris called for a 30% reduction from 2005 levels by 2030. NSP projects achieving a 58% reduction by 2030, almost double the international climate conference’s goal.

"We have made greener, cleaner energy a priority," Hutt said. "We have 1,700 employees working in communities throughout Nova Scotia who take pride in delivering on our customers’ expectations that their electricity comes from more sustainable sources, and that the change is managed at an affordable pace."

Due to the fact that renewable electricity is largely weather dependent – wind for wind power and rain or snow melt for hydroelectricity – the amount of renewable electricity being generated varies from day to day, and sometimes hour to hour. It’s not unusual for 50% or more of Nova Scotia’s electricity to be coming from renewable sources. On other occasions, it can be closer to 10%. 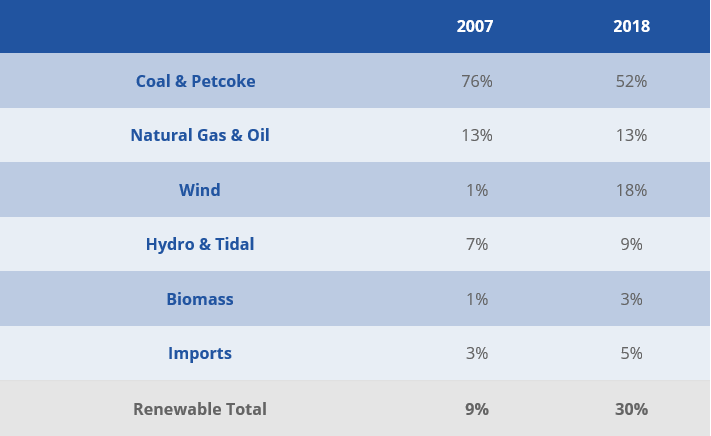